PEMF is a benefit for Mankind from the infant to the geriatric.

PEMF will lead to a change in the paradigm of medicine.

I've got to the point where I think we can get almost complete control of cardiovascular disease, heart attacks and strokes by the proper use of Vitamin C and Lysine.

It can prevent cardiovascular disease and even cure it.

[Note: When insufficient Vitamin C is present to heal wounds to the vascular endothelium, Cholesterol binds reversibly to Lysine acting as a bandage... It is with thanks to Linus Pauling that you will find these nutrients in remedies like our Chelation formula...]

Nearly all disease can be traced to a nutritional deficiency...

[Note: toxins produce local or systemic deficiencies of the nutrients needed to detoxify them...] 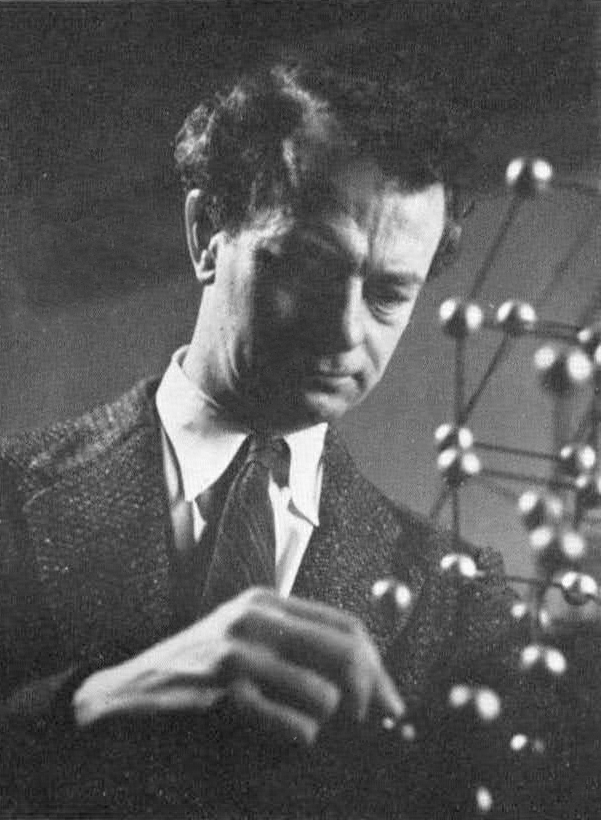 Satisfaction of one's curiosity is one of the greatest sources of happiness in life.

Do unto others 20% better than you would expect them to do unto you, to correct for subjective error...

The best way to have a good idea is to have a lot of ideas...

Most of them will be wrong, and what you have to learn is which ones to throw away.

Linus Pauling is the only person to win two unshared Nobel Prizes...

He is also one of only two people, along with Marie Curie, to be named a Nobel Laureate in two different fields...

He was born to immigrant parents living in a one room apartment in Portland, Oregon...

While in college, he was inspired by the work of Irving Langmuir regarding the electronic structure of bonds between atoms in the formation of molecules...

This moved him to become one of the founders of the field of quantum chemistry.

Pauling's work in turn inspired Watson and Crick, who discovered the structure of DNA...

8 years later, he was awarded the Nobel Peace Prize...

When an old and distinguished person speaks to you, listen to him carefully and with respect - but do not believe him.

Never put your trust into anything but your own intellect.

The world progresses, year by year, century by century, as the members of the younger generation find out what was wrong among the things that their elders said.

So you must always be skeptical - always think for yourself.

Do not let either the medical authorities or the politicians mislead you.

Find out what the facts are, and make your own decisions about how to live a happy life and how to work for a better world...

I believe that you can, by taking some simple and inexpensive measures, extend your life and your years of well-being.

My most important recommendation is that you take vitamins every day in optimum amounts, to supplement the vitamins you receive in your food.

[Note: Make sure that they are the active forms, like those found in food, not the USP synthetic forms... And make sure they are pure and clean, with no added non-nutritive ingredients like Stearates or Phthalates...]

Everyone should know that the “war on cancer” is largely a fraud, and that the NCI (National Cancer Institute) and the ACS (American Cancer Society) are derelict in their duties to the American people who support them.

Everyone should know that most cancer research is largely a fraud, and that the major cancer research organizations are derelict in their duties to the people who support them.

You can trace every sickness, every disease, and every ailment to a mineral deficiency.

I have always liked working in some scientific direction that nobody else is working in.

In the 1950s the Schute brothers... said Vitamin E worked against heart disease and cerebrovascular disease.

They were greeted with laughter.

A couple of years ago, the Harvard School of Public Health... showed that just 100 units of Vitamin E per day decreased the death rate by 40%.

How many Americans would have been saved in the intervening 35 years had Harvard taken a responsible position and said, "We are skeptical of these claims but let's look at them"?

But they wouldn't do that -

It didn't fit their paradigm.

So Vitamin E was totally destroyed by the establishment.

Think of the cost of those decisions.

[Note: My family physician growing up, for whom I received my middle name, was among the few M.D.s who were recommending Vitamin E in the 1950's. He had spent the earlier part of his life doing nutritional research, as well as energy medicine research with Steinmetz at GE...]